I've been a drummer since high school, and I've played in more bad bands than I can count. I even collected drummer jokes. (What do you call a drummer who just broke up with his girlfriend? Homeless. How can you tell if a drummer is at your door? The knocking speeds up, then slows down, then speeds up. What do you call someone who hangs out with musicians? A drummer) Needless to say, the drummer doesn't get the chicks and doesn't get the respect. I resigned myself to that fact a long time ago.

But there was always one thing nagging at the back of my mind.

Tonight, on this 11th of January in the fan-foreskin-tastic** year of 2007, I took my first piano lesson.

I want you to look at something very closely. Here is a picture of my right hand: 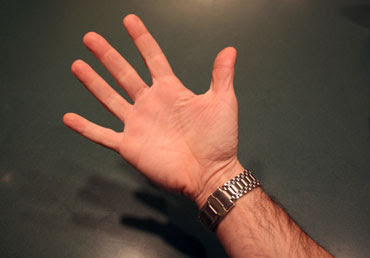 It's not a piano player's hand, by any stretch of the imagination. The fingers aren't long and slender, they don't have much reach. From a practical usability standpoint, it's not too bad -- all the fingers are there, there's no webbing, everything works. Not too shabby, as hands go. It's served me well for most of my life. In truth, my left hand has probably served me a little better if I'm being completely honest with you,* but all in all they work pretty much as designed. Memorize that picture because you are going witness a miraculous transformation. Got it memorized? Good.

Here is a picture of that same hand the exact second it touches a piano: 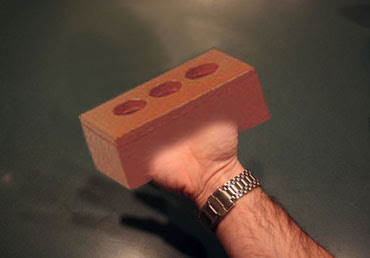 Well, it wasn't quite that bad, but close. The first lesson was only a half-hour long, so by the end of the night I was playing this pretty well: 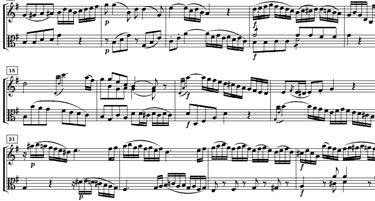 OK, I can see nobody is buying that, so I'll admit the truth.

In the space of 30 minutes, my innate musical skills allowed me to completely master this complex piece of music:

Next week, I will attempt the awesome feat of using not only my right hand, but my left hand as well. Maybe even (dare I say it) both at the same time!

My practice book is filled with amazing and arcane insights into the shadowy and mysterious world of the instrument called Piano. Let me share some of my hard-won wisdom with you all, just to prove to myself that I am not wasting my money.

I mean, that was not at all intuitive, right? Also -- and don't tell anybody this, because I am not sure if word is supposed to get out -- I learned that LOW sounds are on the LEFT side of the piano, and HIGH sounds are on the RIGHT.

Now you all need to give me twenty dollars, because that is apparently what the information I just imparted to you is worth.

We'll see how this goes. I could fail miserably, or you could all be looking at the next Elton John. Only, you know -- with a more tasteful fashion sense and way less butt sex.


*Get your mind out of the gutter. My father, in a completely misguided attempt to make me a fearsome baseball player, made me throw lefty. As a consequence, I am ambidextrous, with a decidedly left-leaning preference.

**What google spell checker insists on substituting for "fan-freakin-tastic"
By Johnny Virgil at 7:46 PM