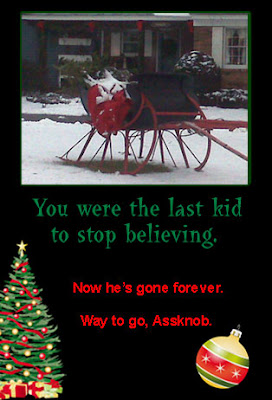 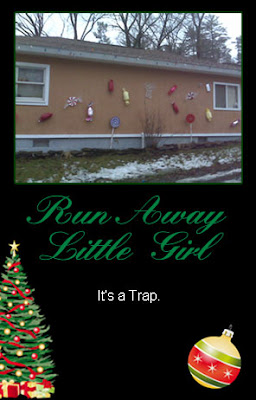 While I'm on the topic of marketing, I wanted to share this with you.

Behold the scent of seduction, with a hint of flame-broiled meat. 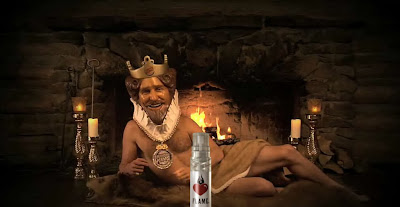 What a day for a daydream.

If you live in any of the states that have the mega millions lottery, you've probably seen the commercial (the one with the bubble following people around the city) at least a hundred times.

The other night I was watching TV and that commercial came on again. I burst out laughing, because it was the first time I noticed this bit: 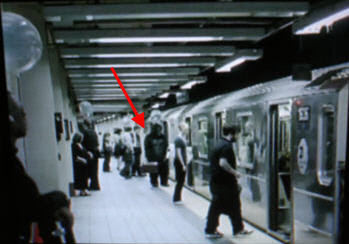 Back in 2005, I decided I was going to randomly start awarding and/or taking away points to or from people I interact with. (wow, has it really been that long?) It's not something I do every day, however. Most of the time, I have very little interaction with anyone, so there are plenty of days where the points just accumulate around me in little piles doing nobody any good, like those rollover minutes on that annoying commercial I'm completely sick of seeing. I've decided to expand my scope, and award points to corporate entities as well as individuals.

-1,000 points to the TV networks that piss me off by making a big deal about the season premiere of your favorite shows only to end the show with a voice-over telling you that that the next episode is a month and a half into the future. It seriously makes me want to call up Jack Bauer (who is probably just getting drunk and tackling Christmas trees while he's waiting for the show to start up again) and give him something constructive to do, like tearing off Rupert Murdoch's dessicated arm and beating the shit out of him with it.

+1000 points to the guys working the Christmas tree lot near my house for being cheerful, helpful, knowledgeable and not too drunk to help me get the tree on top of the car. I never had another man tell me that I had a very nice douglas fir before. It made me all warm and fuzzy inside.

-2000 points to the contractor who shares a common cube wall with me. Every time he's on the phone, his feet go into overdrive. It's like he suddenly becomes Alex Van Halen and the cube wall between us is a pair of 24" Ludwig Bass Drums. Add a raised floor to this mix and it's like sitting in an airplane for 9 hours with a little kid kicking the back of your seat.

-1000 points to the the mainframe guy who spent the last 20 years in the data center, slowly going deaf. Now whenever he's on the phone, he assumes that just because he can't hear the person on the other end of the line, they can't hear him either, so every single one of his phone conversations makes him sound like Billy Mays trying to sell OxyClean to... well, to a deaf mainframe guy. I actually told him to use his "inside voice" today. It didn't help. He has one volume setting, and this is it: 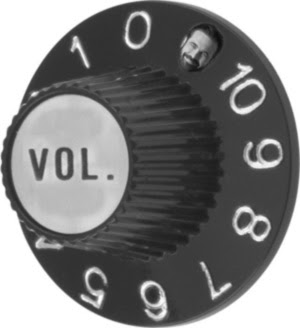 +1000 points to amazon.com's return policy. I know it's not a person, but seriously, could it be any easier to return something to them? Print out the label from their website, slap it on the box and that weird-but-awesome customizable pig-nose tissue dispenser is on the way back to them, and your wife is happy with you again. 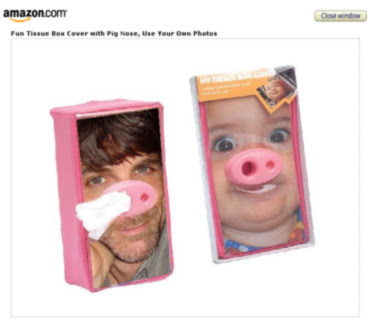 -1,000 points to the guy who cut my last roll of charmin just a little too long. The damn thing wouldn't turn in the holder because it was just oversized enough to rub on both sides. Did I chuck it? Of course not. I'm pretty cheap, so I sat there and cranked it turn by turn for a period of about two weeks until it was finally gone. Every time you'd crank it over, TP dust would waft down on the floor next to the toilet. It looked like tiny little snow flurries.

+10,000 points for all the people who voted for me at smallaa.com, assuming that check actually has some money behind it. I am still taking suggestions for a decent charity, because I want to make a donation. A buddy of mine suggested this one, since his company contributes to it, and they researched it pretty well. I'm leaning that way.

The check was in the mail.

Update: I deposited the check today. It looked real. I don't know if it'll clear or not, but I'll keep you posted.

The contest for the next 10K ends tonight. I'm way behind, so vote if you are sick of seeing me debase myself in front of you all.

OK, I'm off to try to write something funny. Wish me luck.
By Johnny Virgil at 5:14 PM 7 comments:

Holy Crap, I may have actually won something! 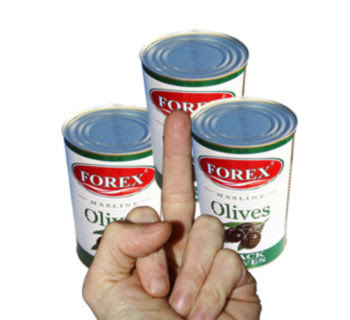 If that graphic confuses you, read this and all will be explained.

OK, so it appears this contest might be real after all! Either that, or it's the most elaborate scam I've ever seen. I got an email from the guy who works for smallaa.com and we had a chat about all of the specifics.

Until the check clears, I'll remain skeptical, but for now, I'm a pretty happy guy, and this could be a great Christmas. And, of course, I have all of you to thank, especially all my regular readers and the kind (and crazy!) folks at playa.info, who I am sure did a ton of voting. I know that sounds like some pimperific rap music website, but it's really all about a city on the coast of the Caribbean called Playa del Carmen that I didn't even know about until recently, since I'm geography challenged and probably can't even name all the states on the edges of a U.S. map.

I stumbled on them recently because I noticed a lot of traffic coming from their site, but I never actually went there and checked it out until a few weeks ago. Sadly, I have to report that they all appear to have the same twisted sense of humor that I do. So... I stopped in the other night and asked them to help me out, and they were awesome. Check out the website and visit the forums, -- the whole place is really well done and full of great folks.

So thanks again to you all, and thanks to smallaa.com as well. Since he told me there's no restrictions on winning twice (as long as it's with a different post) I tossed up another couple of my favorites, if you're so inclined, so here's the JC Penny Part II. I figure I'd better get my licks in before someone with real writing chops blows me out of the water!

(I'm partial to "Artist Formerly Known As," myself.)

Ever since the Bill and Ted's Excellent Adventure movies, Keanu Reeves has been cast in all sorts of "leading man" roles, and in every single one I found his acting to be wooden and uninspired. It always seemed like he was faking his emotions. His acting chops are right up there with those of Chuck Norris. For some reason though, I still liked him, or maybe just the movies he was in. The Matrix (1-7), The Replacements, The Devil's Advocate, Speed, Constantine, Point Break...I'll admit that I watched and enjoyed them all. (Especially Point Break. I freakin' love surfing movies.)

But when you're casting for a remake of a classic SciFi movie and the main character is an unemotional alien who has zero facial expression and speaks in a monotone, who ya gonna call? 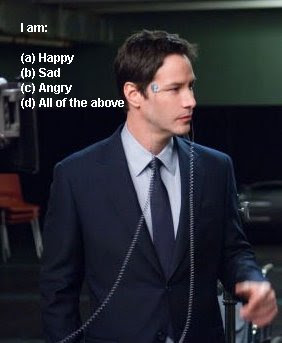 Am I alone here in smelling an Oscar?

On second thought, that smell is probably my disgusting cat who is sitting on the floor next to my chair right now. He suffers from a bad case of stankass, because he's too fat to clean himself properly.* Every time he leans over far enough to get his tongue within range of his butt, his gut flap covers everything up so he can't get to it. Yeah. Enjoy that visual. You're welcome. 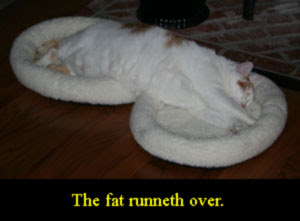 To repay me, go here and click on the stars next to 15 Minute Lunch. Do it from every computer you have. Get your mom to vote. Your co-workers, anyone you can. Whatever you can do, do it for the Johnny and his yet-to-be book. The contest runs until midnight tonight, and if I don't win, then I''ll be bugging you to vote for me next week. Save yourself.

I'm up against a woman with hot flashes. I've heard about the mood swings. On the one hand, the last thing I want to do is piss her off, but on the other hand, I could pay off my roof.