That was high praise indeed. At least I was pretty sure I'd get paid now. I walked into the house and it was nice and cool. It was dark too, with the shades drawn. He closed the front door, then motioned down the hall at an open door. "Be quick about it," he said.

Jaipuri Pants. Made from stuff.

I ordered these for my wife.* 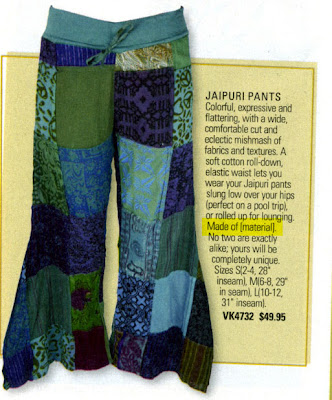 It's good to know they're made of....something.
I just hope I don't get the pair that's made from human skin. I hate sending shit back.
*not really.
By Johnny Virgil at 9:18 PM 22 comments: 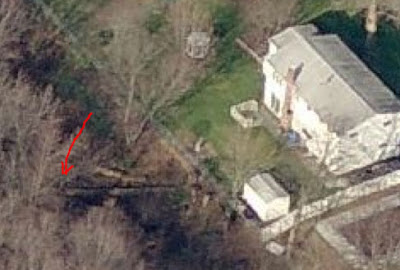 ---------------------------------
PS - we have a winner! Actually two winners. While there were quite a few good ones, (and some that made me a little scared to piss you guys off) my favorite was written by ArtistMommy because I didn't expect it. I also liked Magic27's "Didn't see that truck" entry (even though there was an extraneous word in there), so I'm going to call that one a winner too.
Congrats! E-mail me your mailing addresses and I'll get the books right out to you. Also let me know if you want me to sign it. Thanks for playing everyone. I enjoyed it and I hope you did too! You guys are more twisted than I am.
By Johnny Virgil at 10:48 PM 16 comments: