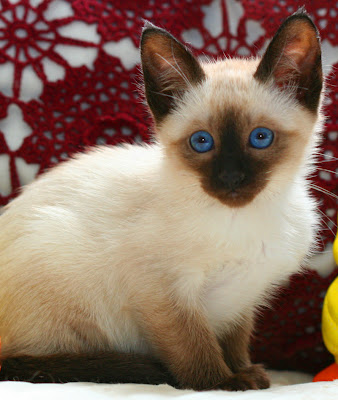 We're over the hump.

Since I spend about two hours a day on the road, I see a lot of vehicles with those stick figure family decals on the back. For some reason, those things annoy me. I mean, don't get me wrong, I know you're happy you have a big family you're proud of, and have a need to share it with the world, and I have to admit that those stickers are marginally better than the Jesus fish stickers, but here's the deal: I don't care how many kids you have, and I don't care how many animals you have, and I don't care what your hobbies are, I just want you to get the fuck out of the passing lane if you're going to go 55.
Most of the time, the stickers just make me judge you, because I know that if you have ten cat stickers on the back of your car, your co-workers are eating cat hair and trace amounts of feces every time you bring cookies to the bake sale.
It got me thinking though. If I were single and rich, I would totally do this: 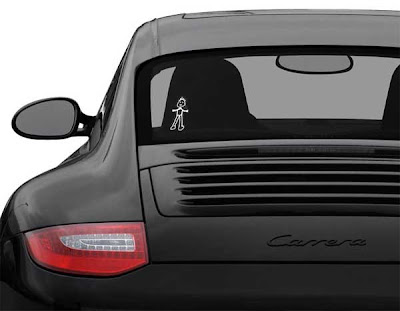 Full disclosure: I actually just bought a geeky sticker for my car on Amazon. I didn't get it yet, but supposedly it shipped so I should have it soon. I'll post a picture when it shows up so you can all bust my balls.
By Johnny Virgil at 8:53 PM 38 comments: 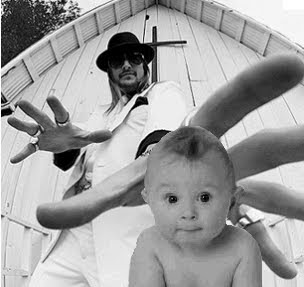