Elvis would have tufts of ear hair.

I saw an article this week talking about how this University in the UK used some program they've developed to "age" a picture of Elvis in order to find out what he would look like today if he were still alive. It turns out that he would look a lot like the illegitimate love child of Powers Boothe and Ernest Borgnine: 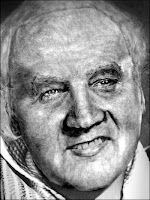 It also turns out that a variation of the program used by the researchers at said university is available online.

Upon seeing this, I decided to see what I would look like in another few years when I turn 72.

I worked my way through the menus and followed all the instructions --moving ovals over my eyes and mouth, answering questions about the shape of my head, and giving away other seemingly innocuous information that I can only assume will be one day used to steal my identity.

No, of course not. "Old age" was not one of the choices.

OK, University of St. Andrews, WTF? You're telling me that Half-Chimp is a choice, but "old guy" isn't?

On the other hand, who hasn't at one time or another looked into a mirror and thought, "I wonder what I would look like as a half-chimpanzee?"

Anyway, I ran this picture through their available filters and...well, the results were disturbing, to say the least. You may get sick. You may pee your pants laughing. You may do both simultaneously. Don't say I didn't warn you.

This first shot is what I would look like if I were some sort of freak baby mutie. The hills definitely have eyes. Picture me gnawing on your calf for the full effect: 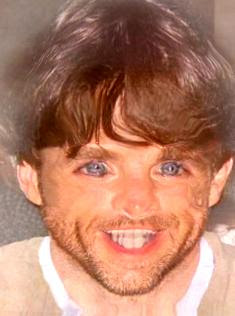 As a west-asian, this is what I would look like while relaxing between Islamic rages. You are all filthy infidels: 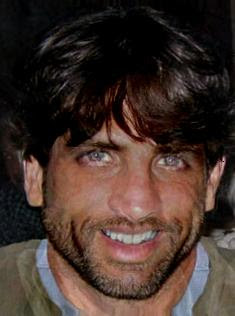 In this next photo -- according to the computer program -- I am drunk. Apparently being drunk makes my eyes really shiny and my teeth glow with an unholy white light. Maybe I should stay drunk all the time: 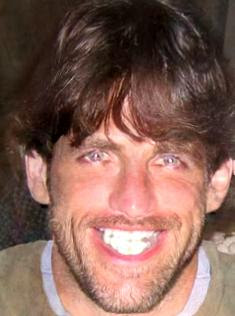 This next one is me if I had posed for El Greco. Someone should check to see if he is really dead, because for some reason, everyone he paints resembles Nosferatu: 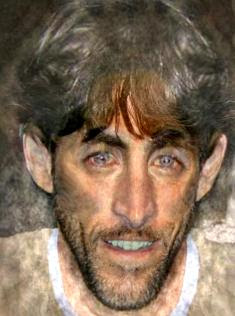 In this next one, I am supposed to look like a japanese anime, however I think I look more like Hank Azaria after he gnawed his way out of a 50lb. sack of espresso beans: 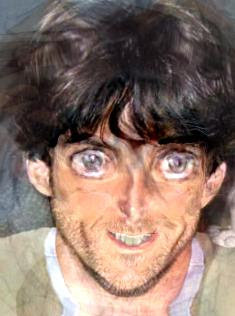 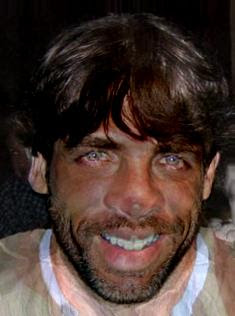 Last but certainly not least, this shows you what I would look like if my mom had married a chimp. Or maybe if she had actually been a chimp. I'm not sure if they based the "half-chimp filter" on the maternal or paternal side. You be the judge: 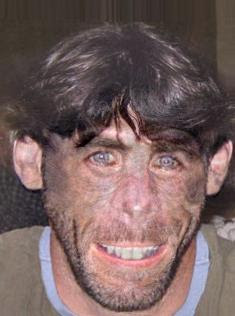 It looks like slightly more than "half" chimp to me, but hey -- chimp is like cowbell, am I right?