The amazing world of 3D, plus some other random stuff.

Remember playing with your Viewmaster when you were a kid? I had a red one, and I loved that thing. You'd drop in one of the circular slides, and the pictures inside would come to life in glorious, full-color 3D. Scooby Doo, Gumby and Pokey, Batman and Robin...I had a ton of them.
At the time, I had no idea how they worked, but when I was old enough to understand it, I was fascinated that your brain was capable of creating a 3D image from a couple of pictures shot at a slightly different angle.
Turns out there was even a bunch of cameras in the 50's and 60's that could do this. The Realist was probably the most popular one. You'd send your film off in the mail, and they'd send you back your 3D slides.
My wife and I have a wedding anniversary coming up, and since she's impatient, she gave me my present early. She bought me this antique stereoscope, the precursor to the venerable Viewmaster.
Some of the old cards that came with it are pretty cool, and for almost a century, it was the way people who couldn't afford to travel experienced the world. I liked the old shots, but I really wanted to take my own personal pictures. (No, not that kind, although I'm really surprised that Viewmaster porn never became popular back before the internet.)
Here's my first one, taken using the decidedly low-tech "cha-cha method." You lean your weight on one foot, take the picture, then you lean your weight on the other foot (while still looking through the viewfinder and keeping it as steady as possible), and take the same picture again. Slap them together in photoshop and print them out. It works like a charm.
You can even view them just by crossing your eyes until the two pictures overlap and form a third picture in the middle. Here's a shot I took of our back yard (click on it for a bigger version): 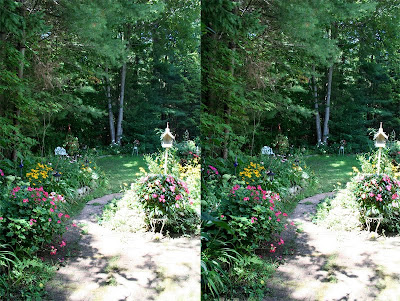 I am still fascinated by this, even after all this time. I don't know why. I can't wait to take some more of these sort of shots on our camping trips next month. In my search for some sort of slider bar for my tripod, I found out that Fuji is making a digital camera that takes these automatically. I also stumbled on a company that makes a lens you can put on your SLR, I'm seriously thinking about buying one. The benefit to both of these is that you can shoot moving objects since both shots are taken at the same exact instant.
On a completely unrelated subject, this google ad was served up on my site today, and it caught my eye: 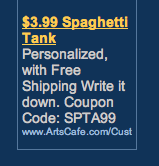 I clicked on it, because it intrigued me. Here's what I got: 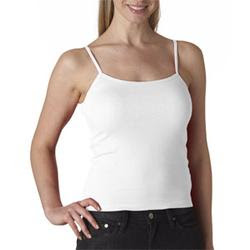 It makes sense to me now, but honest to god, before I clicked on it, I was wondering why anyone would have so much spaghetti that they needed some sort of tank to store it in.
Also, I'll bet this was a highly contested debate:

"Hi everyone, and welcome. I'll be your moderator for today's debate. One my left is a group of surfers who support legalizing marijuana, and on my right is ... absolutely no one. Surf's up!"
And lastly, what the hell is up with this cover, Rolling Stone? 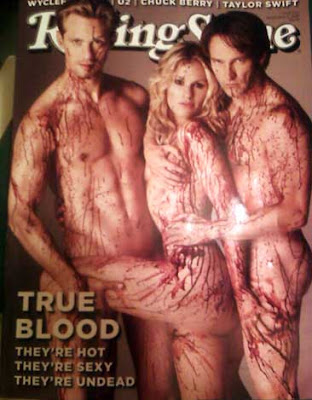 I opened my mailbox this morning and almost puked. I've never seen the show, but apparently they are very messy eaters.
By Johnny Virgil at 4:38 PM