That's some good Tequila. Lets go to my place.

I would like to go back to the topic of badly named products for just a moment. I've been seeing the commercial below pretty much non-stop recently and I think it's just a really bad name for a supposed top-shelf liquor product: 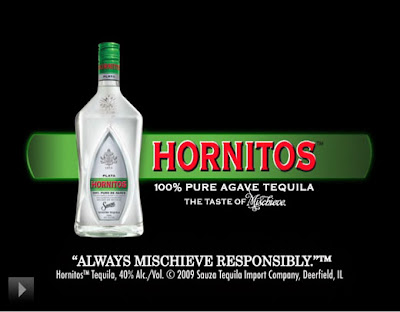 But then I figured that since I don't speak Spanish, maybe a Hornito was something I've never heard of that was tasty and smooth. So I looked it up.

While I was correct in that it was something I've never heard of, I was incorrect in the assumption that it would be something tasty and smooth, because a Hornito is "a small, beehive-shaped mound built up from clots of molten lava ejected from an underlying volcanic tube," and that is decidedly not smooth nor tasty in any way.

There's a place in Chile called Hornitos, but that looks pretty dusty and unappealing. Although I think if I lived there, I'd be hitting some sort of liquor pretty hard.

Then there's this ghost town.

So I am mystified. If anyone has an idea of why the hell they would name a premium tequila this, please let me know. Until then, I will continue to hate this commercial on your behalf.
By Johnny Virgil at 3:48 PM