I vandalized a street sign once when I was a kid. I think I took some white spray paint and put a big DON'T on a stop sign or something equally lame. In my defense, I don't think I had actually reached puberty yet. Later on, I would see other vandalized signs in the neighborhood, but I never ran with the crowd that did that sort of thing on a regular basis. Their mods always sucked anyway -- the people who would usually tend toward that sort of behavior didn't seem to be the brightest of the bright. So normally, you'd see them changing the speed limit 30 sign to an 80, or just spraying some random crap over the Yield sign.

I think that as a result of a restless mind, and the unfulfilled delinquent tendencies I had as a child, I still see the possibilities in this extremely neglected art medium. The 'Caution: Children' sign still gets me to this day. I always speed up because I have visions of crazed zombie children swarming my car and trying to pull me out of the driver's side window and eat my brains.

So, for those of you with restless teens at home, you probably won't want them to see what's coming up next. With two paint brushes, a bit of black and yellow paint, and a few beers, this is what is possible*: 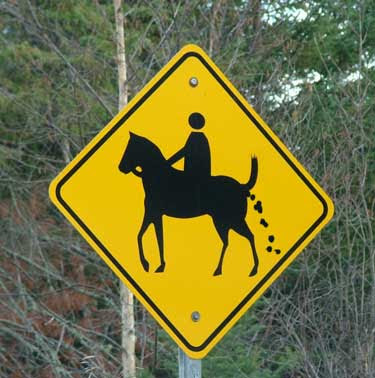 Watch for Farmer Brown tending to his prize Holstein: 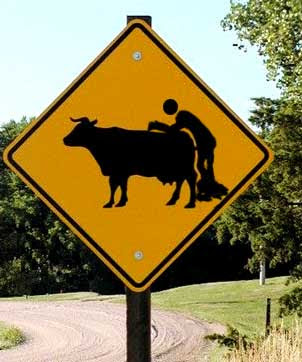 I hate it when those headless little bastards dodge right out into traffic chasing their loose melon. 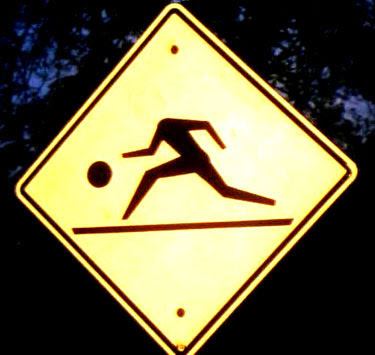 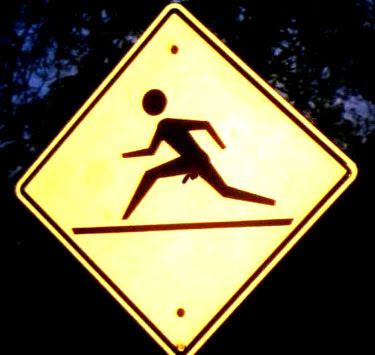 This one is just confusing: 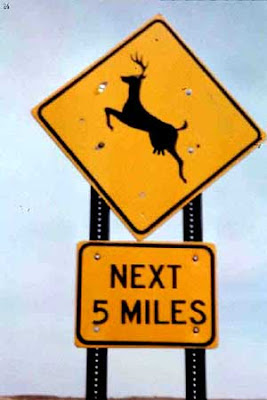 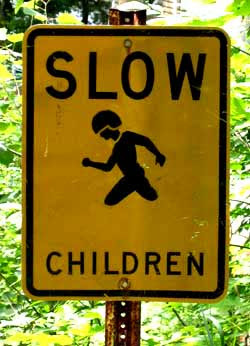 *Note that I did not actually go out and vandalize these signs. I sat on my ass with a gin and tonic and the new Bowling for Soup CD and photoshopped them.
By Johnny Virgil at 4:51 PM