Before I show you some neato 1977 electronics, I just want to share these two living room sets with you: 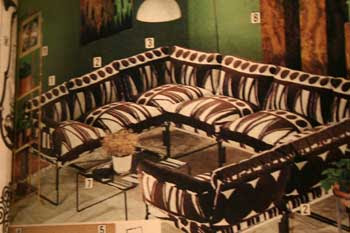 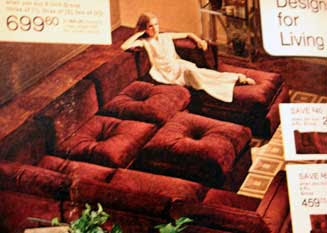 So if you'd like to turn your living room into the waiting room of Dr. Quinn, Medicine Woman or some sort of moon-bounce/opium den, JC Penney has you covered.

Let's take a quick look at their Finest Stereo System: 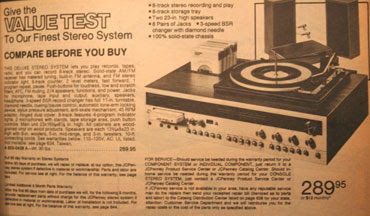 Ah, 8-track tape. Who doesn't love hearing their favorite songs interrupted by a fade-out, a loud KA-CHUNK, and a fade in? And after paying almost 300 bucks for this 'quality' audio equipment, you'd still end up needing to jam something on one side of the tape after a while so it didn't sound like the music was being played in slow motion underwater. In 1977 I was building a kick-ass Beatles collection on 8-track that I was going to have forever. I'm sure you can figure out how that went.

By '77, the video game PONG had been out for a few years. There were a half-dozen clones of it for sale, and JC Pennney wanted a piece of the hot video game action. They called it 'tv fun' and claimed it never lost its challenge. Also, it was 4 games in one: 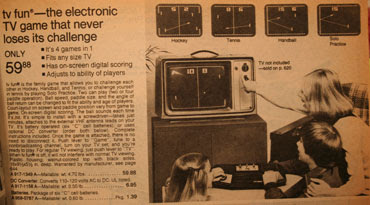 The games were Pong, Doubles Pong, Only-Child Pong, and Handball. I imagine it lost its challenge pretty quickly.

At our house, we actually had the real PONG game. My father would only let us play it on the old, crappy TV because after about the first month or so, your TV looked like this: 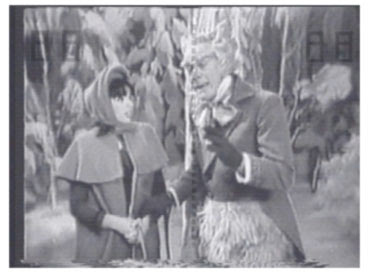 For some reason he wasn't crazy about a score box and black line permanently burned into his screen.

I guess the late 70's CB radio craze was responsible for this monstrosity: 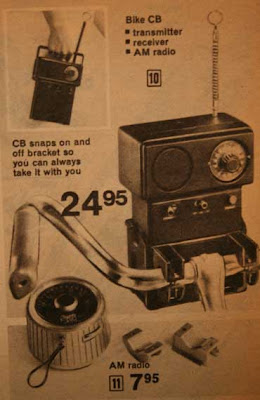 With that clamped to your handlebars, you probably couldn't see the road. Not to mention the fact that the first time you crashed your bike you were almost guaranteed to be pulling a whip antenna out of your ruined eye socket.

I still remember when I got my first one of these: 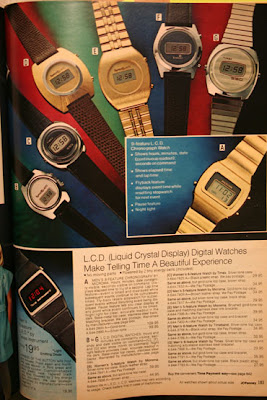 Due to the wonders of modern science, you now needed both hands to tell the time at night instead of just one. Nobody gave a shit that they were massively inconvenient. Seriously. It was like magic on your wrist. Remember the first time you saw an iPhone? Yeah. Like that.

How did people melt away fat 31 years ago? The same way they do now. By purchasing home gym equipment that they hang their laundry on, and drinking Slim Fast.

No, I kid. They did it with these fantastical implements of torture: 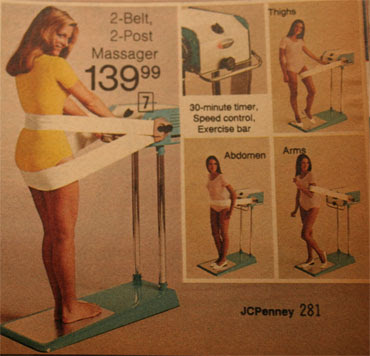 Yes, it's the old vibrating belt machine. The big improvement here over the model they had in the 50's? TWO belts. That's some serious fucking innovation right there.

This interesting looking thing is called a roller massager: 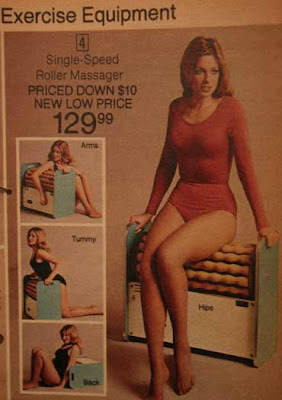 I really have no idea what this would do for you besides leave welts on your fat. She looks pretty intrigued sitting on it though. It's probably better than the washing machine on spin cycle.

For only 300 bucks you could have your own personal sauna: 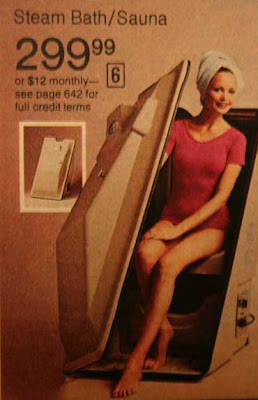 Remember, one beep means yes and two means no. And don't be surprised when the pulsing ass-heads from Talos IV show up.

Right now, a bunch of you reading this are thinking, "Huh?" but that's OK. If only one person out there gets the joke, it's totally worth it. 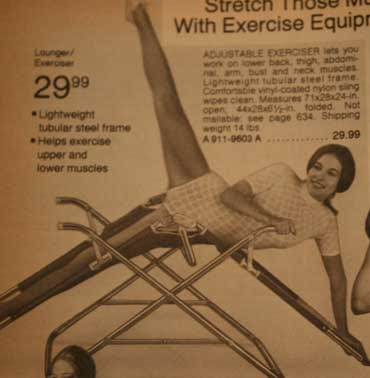 I have no idea what it is, but I'm getting one for the bedroom.

Lastly, don't forget your fancy sports footwear, like these 'JuiceMobiles': 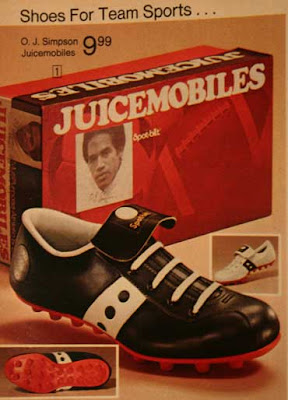 What a difference 17 years makes: 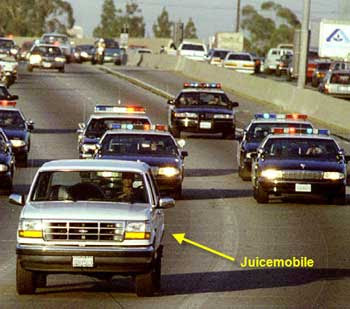