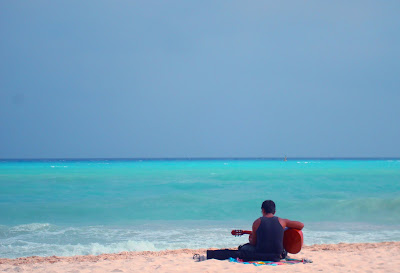 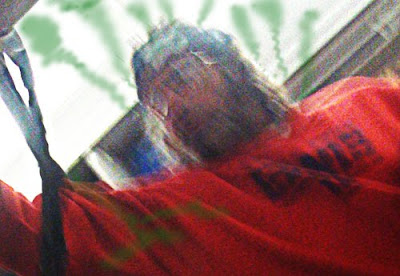 OK, maybe I embellished the stink lines a little. But they were there, trust me.
The gods of travel had smiled upon us -- or if not smiled, at least grinned sarcastically -- presumably to pay us back for the hell that was our last trip out of Mexico. Even so, they had also given us a little something to keep us humble, and remind us of who was in charge. I was OK with that.
So that's basically it. We escaped unscathed, and my wife even managed to not get sick when we got home. I went to work the following day and by 3pm it was like I had never left. It's amazing how answering e-mail for six hours can immediately erase a week's worth of relaxation. It doesn't seem fair. At least we have our CD by local musician Victor Mayer, so that will help us keep the memories fresh until next time. He could be singing about wolverines having sex with canned beans for all I know, but I still like it.
Playa del Carmen, we hope to see you soon. Thanks for another fantastic trip!
*my wife, in this case.
By Johnny Virgil at 9:34 PM