Good old Travis got me hankerin' to do one of these, and since I haven't done one in forever, and I have another post that I'm still working on, I figured it was time. So thanks to the modern wonders of search engine tracking, allow me to present:
Fantastic Google Searches That Somehow Led People To My Site.
Your tits rotated -- I know you can't be talking about *my* tits, so I'm assuming you're talking about someone else you know. My first thought is that you have to be more specific if you want my help. You can't just walk up to your friend and be all nonchalant like, "Oh hey, by the way, your tits rotated. Just thought you might want to know." My guess is she'd probably already know, because that shit hurts. You are going to need to be prepared to give her some solid advice. For instance, did they just do a 360 in place? (That's considered the most painful of the tit rotations.) Or did the end up on her back? These are important questions, and before I give you any advice, I really need more info. For instance, if she's old, and starting to sag, I hope she got the 180. They are rare, but they're also the best of all possible tit rotations. That way they stay perky for a few more years. Kind of like flipping over your mattress.
Biggie Gibb - Being very knowledgeable about music, I think I can help you in your search for this rare information. Ah, Biggie. I remember him well. The one Gibb brother who went his own way. While Robin, Maurice and Barry formed the BeeGees and subsequently became huge stars along with their brother Andy, Biggie chose to blaze his own trail after he was asked to leave the band due to severe anger management issues and his desire to take the band in another direction. The final straw was an altercation with Maurice in the recording studio, over the elder Gibbs' refusal to use the original title of Biggie's soon-to-be-hit song, "How Deep is Your Love now, Motherfucker?"
Here's a very rare early promo picture: 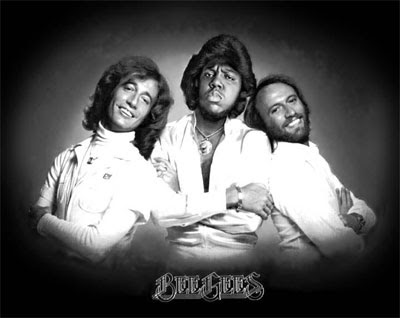 May I see a real picture of drackila? - No you may not.
What kind of fungus smells like burning? - I am pretty sure it's this kind: 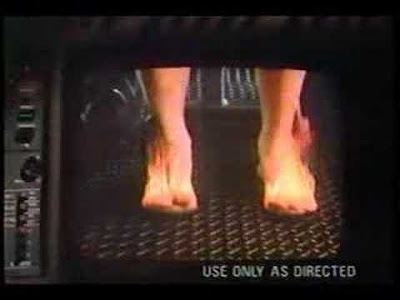 They say a blast of Tinactin will fix everything.
Do guys need to wash their ass? - For fuck's sake, YES. FECES COMES OUT OF IT ON A (hopefully) REGULAR BASIS. I get like 20 of these a month. Who the hell started this rumor, anyway? Some dirty-assed son of a whore, I know that much. It's ridiculous. Why wouldn't you wash the one thing on your body that has the most potential to smell the absolute worst?
Dremel sex - I'm not sure I'm your guy on this one. To me, this just sounds painful. The only time I've used a dremel tool is to carve - coincidentally - wood. As a general rule, I don't think "sex" and "carving things" go well together, if you really want the relationship to last. If you are ending a relationship abruptly, however, I think sometimes carving is involved. That and super-gluing seem to be pretty popular options. I'll take the superglue if I have to pick one.
google get me information on lil scrappy -- OK, first of all, Google is not a person. It's also not a genie, or a leprechaun or anything else that grants you wishes. You don't have to address it by its first name, because it really doesn't have one. Nor does it have a last name. It's not like some guy in an orange apron who comes up to you in Home Depot and says, "Hi, I'm Google Lewbowski. Can I help you find anything?" It's a search engine running on a server. You don't have to be polite. Second of all -- lil' scrappy? Google should just tell you no. Is that some rap guy or Scooby Doo's nephew? I always get them confused.
How to tell if your pants are too tight for the office - This is an easy one. Here is the way you tell: If you have to ask that question, then yes, they are. Go change, you slut. Or at least go take off that underwear and put on a thong because it's giving you a serious case of the quad-cheek and that look is no good for anyone, at the office or otherwise.
OK, there's more, but I'm out of steam, so I'm going to bed. I'm still not quite over this cold, which has been kicking my ass since Monday. Have a great weekend, everyone!
p.s. -- Just one more small reminder. I know I'm a pain in the ass, but if you actually bought my book, please try to leave a review on Amazon or B&N's website. I really appreciate it!
By Johnny Virgil at 10:44 PM