I hate Garbage Day. It's like a weekly staff meeting - it only happens once a week, but it feels like it happens every two days. Normally I try to take it out to the curb the night before, but sometimes I forget. OK, I always forget. But that's neither here nor there.

Last Garbage Eve, I went to bed too late and the next morning I overslept. Not only was I going to be late for work, but I was also going to miss Garbage Day. Normally, that's not a huge problem, but the 75 gallon dumpster on wheels was already full from missing it the previous week, and there are only so many bags of cat shit you can have sitting on your porch, frozen or not. So it had to go out.

I jumped out of bed, grabbed some clothes, ran to the bathroom, brushed my teeth, took a quick shower, got dressed, threw a bucket of coal into the stove and ran out the door to drag that giant piece of frozen-wheeled shit to the bottom of the driveway. (Which, by the way, is approximately 120 feet long and currently consists of icy ruts covered in snow, which is not conducive to garbage rolling of any sort.) It was windy as hell, the garbage bin was not cooperating, and I almost dumped it on myself twice. I finally got it to the curb, ran back down the driveway, jumped in my car and headed to work.

Since I was late, I didn't get a chance to make a pot of coffee like I normally do, so I stopped at the Mobil station where I sometimes gas up on all things petroleum and caffeine-based. Even at that time of the morning, it's pretty crowded, and I'm in there often enough so the clerks recognize me. I was pouring my coffee when I noticed that people were looking at me strangely. I got to the counter, and the clerk looked at me and said, "Rough night?"

I laughed and said, "No, a rough morning."

I paid for my coffee, and then headed to the office. I sat at my desk for an hour or so -- answered a few e-mails, checked my meeting calendar and checked our mail gateways for problems. By that time the coffee was starting to work on my bladder, so I headed to the bathroom to take a leak.

When I looked in the mirror, I saw something disturbingly similar to this: 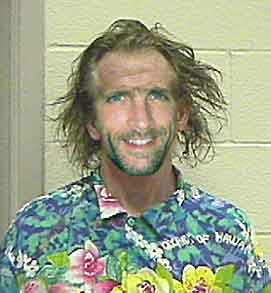 OK, not exactly like that. But subtract out the Hawaiian shirt, the receding hairline, and the date-rape drugs coursing through his system, and it's pretty much right on. It seemed that I had been in such a hurry to bring out the garbage bin that I neglected to do anything but towel off my hair when I got out of the shower. Then, of course, the high winds finished the job nicely.

I immediately splashed water on my hair and then slapped at it randomly until I was slightly closer to looking like I was not completely insane, then headed back to my desk.

Messing around with that mug shot of Nick Nolte (2002? Really? Holy crap.) got me thinking. Some of the hairstyles you see on male celebrities these days aren't too far off from that, and everyone is always talking about how good they look, and by everyone I mean those people in charge of all things Style.

So when I got home, I looked around on the web and found a few pictures, along with their descriptions by those in the know, the so-called Style Experts. I will contrast their view with my own. 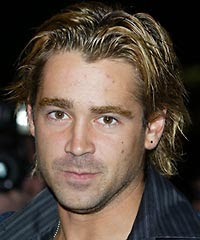 What the experts say: This is a smart and neat look for Colin. Colin's back and sides have been kept short and his top has been slightly layered and blended into the rest of his style.

What I say: Jesus Christ, Colin, wash your hair. It looks like you dipped your entire head into a vat of warm bacon grease. 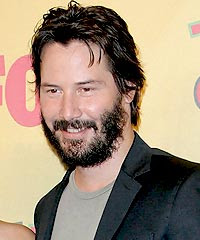 What the experts say: Keanu is the king of the casual style and this great look from the 2006 Teen Choice Awards is no exception. His hair length has been left long and this cut requires very little styling or maintenance.

What I say: Keanu looks homeless and a little smelly. 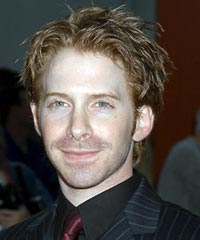 What the experts say: This is a soft and sexy look for Seth. His hair has been kept at one length all over, slightly parted to one side and styled messy and wispy.

What I say: I'm glad Seth finally got his head free of that elephant's ass. It looks like he had to pull pretty hard. 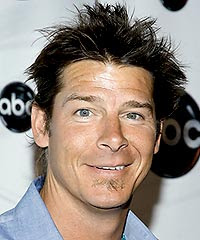 What the experts say: Ty made the right choice at the ABC Upfront event with this hairstyle by messing up his fine textured ends to create a fuller and thicker look for his hair.

What I say: This is how you look moments after intentionally dislocating your shoulders, yanking the straight jacket over your head, escaping from the guards, and leaping over the fence at Arkham Asylum. 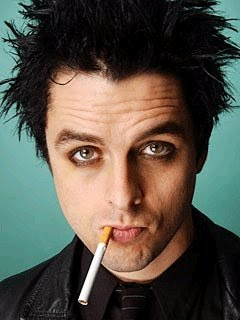 What the experts say: Green Day's world class rock star, Billie Joe, shows off his full tousled contoured style cut and jet black hair color. Could his boyish face and rock style look be a trend for men? For that punk rocker charm, Billie Joe's edgy hair style is the way to go.

What I say: He's Billie Joe from Green Day. He's supposed to look all fucked up. Also, my guess is that this hairstyle is not ever going to be a "trend for men," unless you're talking about men who have never held down a job that didn't involve either (a) being in a rock band or (b) wearing a name tag on their shirt.