During this conference, I almost always got to the meeting hall before everyone else. I generally sit in the back, and try to find a plug for the laptop, since I can type way faster than I can write, and I find it convenient to type my notes. As a result, I have a great view of the back of everyone's head as they come in and sit down. I've noticed that most geek hairstyles fall into a few major groups. 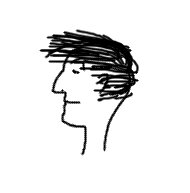 This guy looks like he has a fan blowing at him from behind. His hair goes horizontally, from rear to front. It culminates in gelled spikes that point forward. I'm sure it's supposed to look hip, but I think it makes these guys look like japanese cartoon characters. 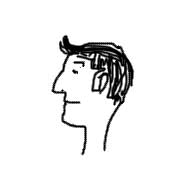 This is the guy with the front flip. I think this was the cool college look a few years back. Now it’s kinda morphed into the new hip IT guy look. Used to be an IT guy would be indistinguishable from a homeless guy, but no more. The difference is this haircut. 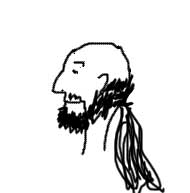 This guy, also known as the bald hippie, has taken to letting his neck hair grow to the middle of his back. Once it's long enough, he puts it into a pony tail. I'm not sure if it's just compensation for going bald, but it's not fooling anybody. 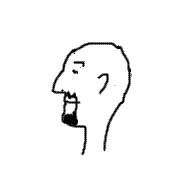 This would be the shaven head dude. Invariably, the shaven head dude has a goatee. He doesn't even have to turn around. You just know it's there. I think signing a goatee contract is a prerequisite for getting the shave. He has to report back to the barber who shaved him two weeks after the shave to verify that the goatee exists. If it doesn't, I think there's a prison term of some sort.

Birds of a Feather Nest: 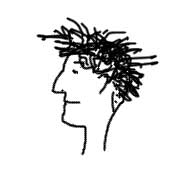 The dirty tangled mess guy looks like he hasn't washed his hair all week. This hairstyle is almost always accompanied by the smell of ass. The big fat german guy sitting near me on the bus the other day had this hairstyle. 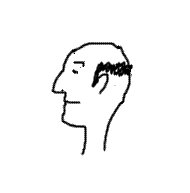 This guy sports the head catepillar -- this one wraps around the head level with the top of the ears. They seem like they should just go for the total shave, but I think they aren't allowed to because they can't pull off the goatee. Speaking of pulling off the goatee, John shaved his off this morning and nobody noticed. He looked thirty three, now he looks 12. 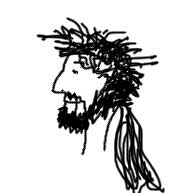 Yeah. These guys got it alllllll goin' on...

I was gonna do one for the women too, but other than the 3 or 4 hot chicks I saw, they all pretty much had variations of the above.
By Johnny Virgil at 4:27 PM