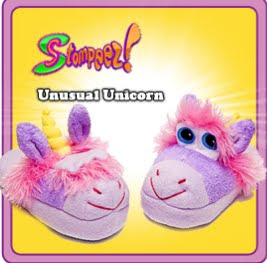 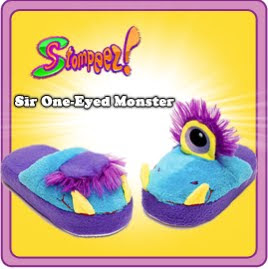 Yes, it's the One-Eyed Monster, which is not at all a euphemism that's been around since the dawn of time. They had to go and muddy the waters, didn't they? Now when someone asks me if I'd like to see their One-Eyed Monster, I'm going to need to clarify a few things first. Are they a pair? Are they fuzzy? Wait, this isn't really helping. Not only is the name highly suspect, but apparently it's been knighted like Paul McCartney, because it's using the honorific "Sir." Like that lends them some credibility or something. I can see the marketing execs sitting in the conference room brainstorming about the name. "There's just something missing. We need to pump these up. Add something to make that One-Eyed Monster stand up and be noticed. Hey! I know! Let's just add a 'Sir' on the front. Hell, it worked for Alec Guinness, and he was a nobody."
Initially, what I found confusing was the question of whether or not they are two separate monsters. After thinking about it for a few seconds, I determined that they would have to be, otherwise they'd just be a regular two-eyed monster that had been even more inappropriately named.
I don't know. It's probably just me, but there's something in my brain that refuses to accept "stomping" as a valid activity if One-Eyed Monsters are involved.
I'll probably have to go for the BeBop Bunny.
By Johnny Virgil at 10:43 AM