A couple of weeks ago, I got out of bed and went downstairs to shower and get ready for work. While I was standing there in the bathroom, I suddenly felt light-headed and a little sweaty and sick to my stomach. I also realized my heart was beating like a mad mofo and my pulse rate was upwards of 120 or so. I sat down and it passed, but I still didn't feel great. I decided to work from home, except there was one catch -- I had left my work laptop at work, so if I wanted to work from home, I'd have to go get it.
By the time I got out of the shower, I felt pretty good. I got in the car, drove to work, told my boss I was going to head home and work from there just in case it happened again and I needed to go to the ER or something. l packed up my computer and headed home. About half-way there, it happened again, only this time I couldn't put my head between my legs because I was driving in fairly heavy traffic and doing about 75 mph, and that would have been slightly difficult. I figured I probably should get off the road before I passed out and wrecked someone's day.
I was conveniently close to a rest stop, so I called my wife and told her where I was, and also casually added that she might want to call 911, as crazy as that sounds. I knew that most of the time, the "rub my left arm, then grab my chest" heart attacks didn't usually happen without warning signs, unless you're on TV. I knew enough to know that a heart attack can take many forms, and that the most common symptoms are just indigestion and some chest pressure, which seems like a pretty ridiculous reason to go to the hospital.
By the time the EMT's got there with the ambulance, I was fine again, and standing next to my car waiting for them. They pulled up and the guy says, "Um....are we here for you?" I confirmed that they were, and I jumped in the truck. The EMT had to go at least 350 pounds, and he was probably 5' 6" at most. I have no idea how he worked inside that little truck all day. He had me take off my shirt and lie down, then he hooked me up to the EKG. My pulse was a little higher than normal, but not 120 like it was before. I had him go back to my car to get my computer, and he noticed all the hiking gear in the back. When he came back, he mentioned it and then told me he has to get more exercise. He asked me if I ate breakfast, and when I tell him I did, he asked me what I had. When I said fruit, oatmeal and egg whites he just shook his head and looked at me like I was some kind of weird new species of mammal he'd never seen before. I think he may have muttered "fuck you" under his breath.
I then enjoyed a very long and bumpy ride to the hospital. I was really surprised that the ambulance didn't have a smoother ride. I can't imagine trying to keep severely injured people stabilized in this thing. It was like riding in the back bed of a double axle Ford F-150.
We got to the hospital and I wanted to walk in, but they wouldn't let me, so I got wheeled in on the stretcher. They chucked me in a room, and after a nurse took my blood pressure and hooked me up to yet another EKG, I sat and waited for the doctor.
While I was waiting, I could hear just about everything going on in the ER. Some guy outside my curtain was getting checked in and I overheard the following conversation:
"Name?"
"Steve Andrews."
"Phone number?"
"518-573-2987"
"And your social?"
"I have a few friends, yeah."
I thought the nurse was going to piss herself trying to keep a straight face. I didn't bother. I just laughed out loud.
After some attendant sucked about six vials of blood out of my arm, the doctor came in and asked me a bunch of questions, and then told me the wonderful news that they were going to admit me for an overnight stay, just to keep an eye on me and do some additional blood tests every six hours to make sure I didn't have a heart attack.
Thus began the period of waiting for a bed. My wife and I sat there from about 11 a.m. to five p.m. while absolutely nothing happened. The blood pressure cuff would inflate, threaten to pop my arm off at the elbow, then deflate. I amused myself by noting that no two blood pressure measurements were ever the same. Quality equipment. Or quality blood pressure, perhaps. But I'm fairly certain it wasn't me.
They came in and asked me if I had eaten, and I said no, so they told me they'd bring me a turkey sandwich. I was expecting this: 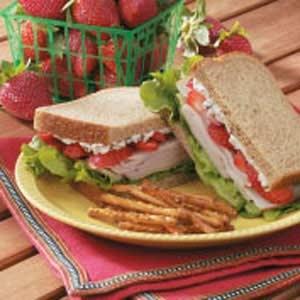 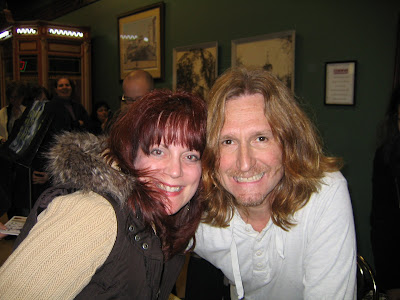 Lastly, I'm waiting on some final comments/edits from a buddy of mine, and then the book is D.O.N.E. Or at least as far as I'm concerned. If there are still typos and grammatical problems, I'll have to live with them. The Kindle version is also looking good. The last step is to determine pricing, and I'm sort of stuck on it. I'm thinking $12.95 for the print version and $6.95 for the Kindle version. Any thoughts? Too much? Too little?