When you have 33 inches of freshly fallen, heavy, wet snow in your 200 foot-long driveway, and haven't had electricity for 14 hours, this is not how you want your snow blower to be: 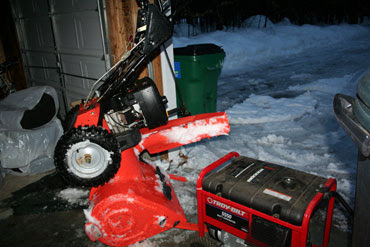