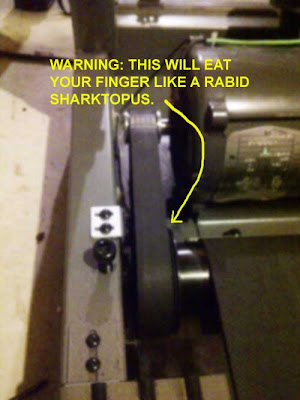 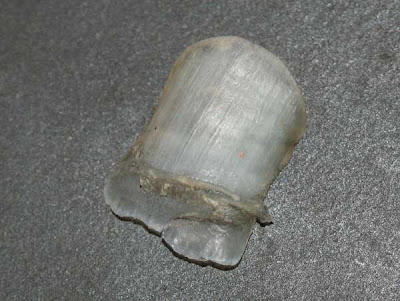 I'm saving it in case I need it later. I probably won't though, because my friend Vidna sent me this link. Bastard.
* A bunch of years ago, I got a call from Paul on a Sunday afternoon. He said, "Hey, I cut myself pretty bad, can you drive me over to that urgent care place?" I said sure, and headed over to pick him up. When I got there, he had his forearm and hand wrapped in a towel. He had been testing a sword to failure, and when it snapped he put it through the bottom of his hand and his wrist. He pulled the towel aside and wiggled his fingers. "Check this out," he said. "You can see the tendons in my wrist moving up and down through the hole in my wrist bone." We didn't know it at the time, but one of the other tendons had snapped back up into his forearm. It was a mess. The dude had a pain tolerance you would NOT believe.
By Johnny Virgil at 4:45 PM