Capitalism at its worst.

A couple of weeks ago we joined a group of our friends in Philly for a 5K cancer walk. We were doing it in memory of a friend who recently lost her fight against breast cancer. It was a pretty short one-day event, not like one of those three-day marathon deals where you end up doing sixty miles or something, but we wanted to be there for it.
She never let her disease define her, and she lived her life to the fullest every day. She was one of the best people I've ever known, and the memory of her laughter, her sense of humor and her simple every day kindness will be with me forever. We were honored to be a part of it, even though we had to wear bright pink shirts her husband supplied. On the front they had our "team name," and on the back, a picture of our friend sporting the mohawk she had for a few minutes before she shaved her head. Pink isn't really my color, but there sure was a lot of it on the walk, so I learned to live with it.
The crowd was pretty amazing, but there was one thing I didn't expect -- I didn't expect the freelance vendors using the event to sell their crap to the crowd. Like I'm gonna buy some sketchy pretzel from a dude selling them out of a ratty box sitting in a shopping cart. "Yeah, give me one of those $5 bubonic pretzels. No, I don't mind that you look like you haven't taken a shower in two weeks and you aren't even wearing gloves. Can I have one from the pile you just coughed on? Thanks."
At one point during the walk, my buddy Pete's wife (who is Australian) said, "Oh look! Fairy floss!" I immediately turned to see what the hell she was talking about, and I saw nothing resembling either end of that odd combination of words.
"What did you say?" I asked. "Fairy what? Floss?"
She pointed and said, "Yes, fairy floss, right over there." I looked where she was pointing and saw a guy selling cotton candy.
"You mean the cotton candy?" I asked.
"Yeah, we call it fairy floss in Australia. We have lots of different slang terms for stuff," she added.
I saw someone with a full-sized poodle on a leash, so to bust her balls, I pointed at the dog and asked, "So, what do you call those in Australia?"
Before she could reply, Pete says, "Those are Barkie Sheep."
I don't know why that struck me so funny, but I swear I almost had to stop walking I was laughing so hard. I still laugh when I picture that. Yeah, I know. I'm easily amused.
The worst example of capitalistic idiocy we saw was some d-bag loudmouth New Yorker selling tee-shirts right before the finish line.
The shirts had an American flag overlaid with a picture of Osama Bin Laden with the words "REST IN PISS" written below the picture. And of course he's screaming like a carnival barker. "GETCHER OSAMA SHIRTS HERE! REST IN PISS! RIGHT HERE! REST IN PISS! FIVE BUCKS EACH!" Ridiculous. I'm as happy as the next guy that OBL got what he deserved, but this wasn't the time or the place to be selling such trash. Some people have no sense of decency, I guess. I hope he bought 10,000 of those shirts and paid for them by borrowing the money from Vinnie Kneecaps, because I'm pretty sure he has about 9,990 left that he can't get rid of. Sometimes bad things happen to bad people.
And now for something completely different.
I recently went looking for a particular .jpg file on my hard drive at work and found a cache of temporary files stored by our instant messaging program. Apparently, every time you send a screen shot to another user, a temporary jpg file is created on your local drive. Some of these jpg files were a complete mystery to me, but I know I sent them to someone at some point in the past.
I discovered that I have a tendency to make fun of the stock photos they use in some of our computer-based compliance training. The training courses are required, and are usually about scams, phishing, diversity, privacy or security -- basically all the things a large corporation has to worry about. Thanks to a little program called Snag-it, it's very easy to grab some of the graphics and add a little text balloon to them, which I apparently have a tendency to do. For your enjoyment, I pasted them below: 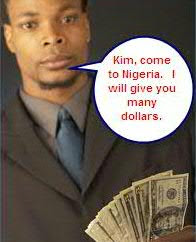 This next one is the result of a co-worker's misspelling of the word "ominous." 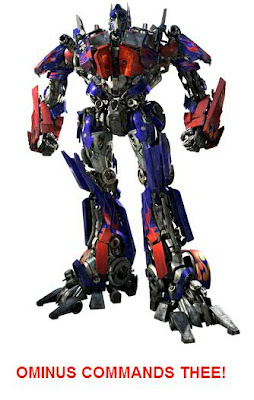 This one? No idea:

I'm just including this because it was in there and it's still funny: 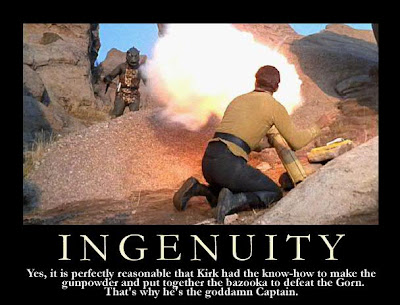 Do all the evil villains who try to sell you fake passports look like this? According to BigStockPhoto.com, they do: 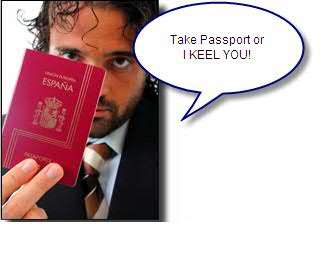 My hands are HUGE. They can touch anything but themselves... 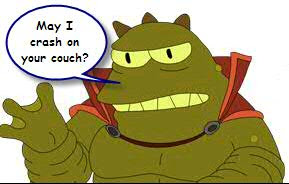 I think this next one had to do with customer relations, but I added the last three lines so now I think it's about sexual harassment.

Anyway, enjoy your weekend. And rest in piss. If that's your thing, I mean.